You could be forgiven for thinking that everyone who’s even mildly famous these days seems to have developed an addiction to something. Alcohol, recreational drugs, legal highs, prescription painkillers, gambling, sex, shopping or eating – examples of all of these have been in the papers at one time or another. Stories about celebrities going to rehab, leaving rehab, failing rehab and talking about rehab are all very hot topics. Pictures taken by paparazzi are even more sought after, particularly those showing these same celebrities at their very lowest. 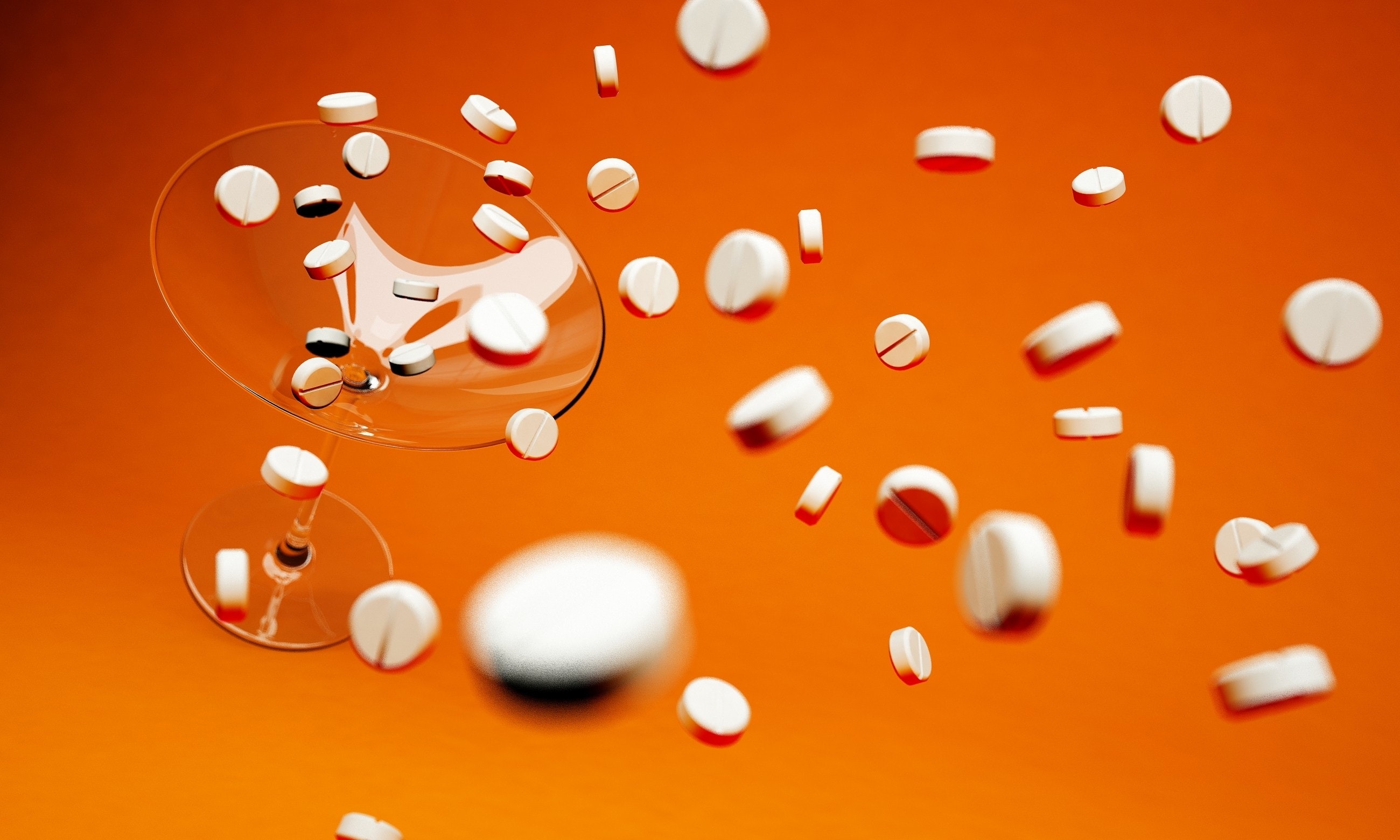 Why do we hear so much about addiction? Why is it deemed so newsworthy?

But at its heart, the issue is, surely, about how prevalent addiction problems are, whether among celebrities or closer to home.

As a pharmacist, I have worked with substance misuse clients for over 25 years. More recently, pharmacies where I work have been involved in treating alcohol addiction, but most of the clients I saw were struggling with opiate addictions such as street heroin, or to codeine-based painkillers. The majority of these were also facing convictions for crimes associated with funding their addiction, or involved in ‘court ordered treatment programmes’ as a result of arrest.

The approach, ethics, motivation, and practical process of treating addiction has changed relatively little in that time. And sadly, in my experience it is very rare to see such a client get and stay ‘clean’ – I can think of just four successes in all the hundreds of people I have worked with as a pharmacist. Indeed, it is very rarely the stated aim of addiction treatment to get to the point of being totally drug free. Often the plan of the addiction service will be primarily to stabilise the person, control their substance misuse and deal with any underlying physical and mental health issues.

And this is where things can get complicated. Many of those with substance abuse problems have underlying mental health problems, even if they haven’t been formally diagnosed by a healthcare professional. They have, in effect, been self-medicating with alcohol, street drugs or misusing prescription medication to deal with their mental ill health.

This represents the biggest change in treating addiction that I have noticed. When I first qualified as a pharmacist and started working with substance abuse clients, the thinking was that their addictions had caused their mental health problems, and these couldn’t be properly assessed or treated until the addiction was under control. This meant that there was often conflict in deciding who was responsible for a client’s care – the GP, the psychiatrist, or the addiction services – and care was fragmented, particularly in those who were homeless.

Nowadays, the approach is to treat the underlying mental health problems at the same time as aiming to control the addiction issues, or dependence.

The terms “addiction” and “dependence” are used almost interchangeably, with dependence sometimes seen as a ‘more polite’ way of describing drug or alcohol addiction. However, the two words are not describing the same situation and without sounding pedantic, there is an important distinction between the two concepts.

Dependence is defined as a state in which the body has physically adapted to the presence of a drug. If an individual with drug dependence stops taking that drug suddenly, they will experience predictable and measurable physical symptoms, known as a withdrawal syndrome. This, then, can happen with prescription medication for pain for example, even when taken carefully and exactly to the dose directed by a doctor.

Addiction, on the other hand, is a psychological brain based condition describing the irresistible urge to continue to seek out and take that drug (or to repeat a behaviour, in the case of gambling or shopping) despite serious negative consequences, as well as the inability to cease or even limit its use.

As an example, many of us are ‘dependent’ on caffeine, and experience withdrawal symptoms such as headache, fatigue and difficulty concentrating if we miss out on our morning cup of coffee! But no matter how unpleasant going without caffeine may be to us, it is unlikely that many people would commit a crime in order to get their espresso or latte, or refuse to give up coffee entirely, even if told by their doctor that it might kill them.

It is this irrational persistence that separates addiction from physical dependence, although of course, most drug users become both psychologically addicted to as well as dependent on a drug.

Modern treatment of drug misuse now accepts that both elements, dependency and addiction, need treating concurrently, as well as any underlying mental health issues for there to be a successful outcome. Of course, this is not to say that all drug users have mental health concerns. Drug dependency and addiction are very complex problems, with many factors predisposing people to drug misuse.

A very famous study known as “Rat Park” from 1978 suggested that drugs themselves are not inherently ‘addictive’ and that environmental factors play a larger role in the development of addiction. While the set up and wider conclusions from this study has been criticised in recent years, the basic premise of the researchers is, I think, still valid.

To hear the study’s conclusion that ‘drugs are not addictive’ appears to go against everything you’ve ever been taught about drugs, but it’s why I was so careful to distinguish addiction from dependency earlier. Hold that distinction and let me explain…..

Rat Park had several groups of rats, male and female. Some were kept on their own in small, bare, individual cages while others were allowed to roam free with the company of other rats in a large enclosure which also had plenty of rat friendly toys. Both had access to plenty of food and water, but also to water laced with morphine and could choose freely which they drank. The researchers found that the isolated rats left alone in their cage drank more of the morphine-laced water than the rats with more living space, other rats for company, and toys.

When they moved some of the morphine-dependent rats into the communal enclosure, they voluntarily stopped choosing the morphine water, despite, the researchers assumed, the equivalent of withdrawal symptoms. Conversely, the non dependent rats started to choose to drink more morphine water once they were living in the separate cages, deprived of company.

Now, even accepting the limitations of the study (inadequate control group, incomplete comparisons & making parallel assumptions about rat & human behaviour, to mention but a few) it suggests that there’s more to becoming dependent on morphine than just the opportunity to take it – there seems to be an additional factor involving the lack of enrichment.

The rats, normally an animal that lives in groups, had in the bigger enclosure other rats for company, the opportunity for sex and the resulting family and babies around them, and things to play on and with. The rats on their own lacked all this normal stimulation which was, the researchers concluded, why they filled their time with taking morphine.

Going back to my pharmacy clients working on their goal of beating their addiction, the ones who were successful were the ones who had retained their original, pre-drugs social circle, who had a supportive family around them, who had jobs. Those who struggled or frequently relapsed were the ones with a chaotic, unstable family background, those with no job or permanent address and those who had been arrested for crimes such as shoplifting or burglary to fund their dependency. In short, those who could be considered ‘addicted’, struggling with all the risks and irrational behaviour that results from psychological addiction, as well as being physically ‘dependent’.

It’s too simplistic to say that all drug users can be treated and get clean just by having a permanent address and friends, or being employed; but it does point to areas that need addressing before treatments are likely to be successful.

It’s an area where I’d like to see hypnotherapy included, and studied as it would seem that our ethos of fostering a more positive approach to life and better emotional control would fit well into those areas I pinpointed earlier.

In our hypnotherapy clinics, solution focused hypnotherapists like me support our clients to focus on what we call “The 3 P’s”  – positive actions, positive thoughts and positive interactions. All these generate the release of neurotransmitters – for example, serotonin, our ‘happiness hormone’ – which enable better use of the areas of the brain involved in rational thought and behaviour regulation.

Like those sociable rats, taking actions that are different from those involved in acquiring and taking drugs, making the most of our connections to others & thinking positively about the future, all stimulate the brain – so it needs to look less for stimulation elsewhere.

This would give the standard treatments (currently, gradually decreasing drug use and group work on rehabilitating) more of a chance to be better received by service users, and I’d like to think, make them more effective long term.

I would love to hear your thoughts on this, or your experience of working with substance misusers and what you found effective – the current explosion in opioid misuse is fast becoming close to a health epidemic in this country and many others, and needs a radical change of approach to cope.