May 17th is “World Hypertension Day”.

Did you know that, according to ISH, the International Society for Hypertension, Hypertension – or high blood pressure – is the number one contributing factor for global death, implicated as it is in strokes, heart attacks and other cardiovascular complications in around 10 million deaths worldwide.

But then, unless you’ve had it measured recently, you probably aren’t even aware if you have high blood pressure! 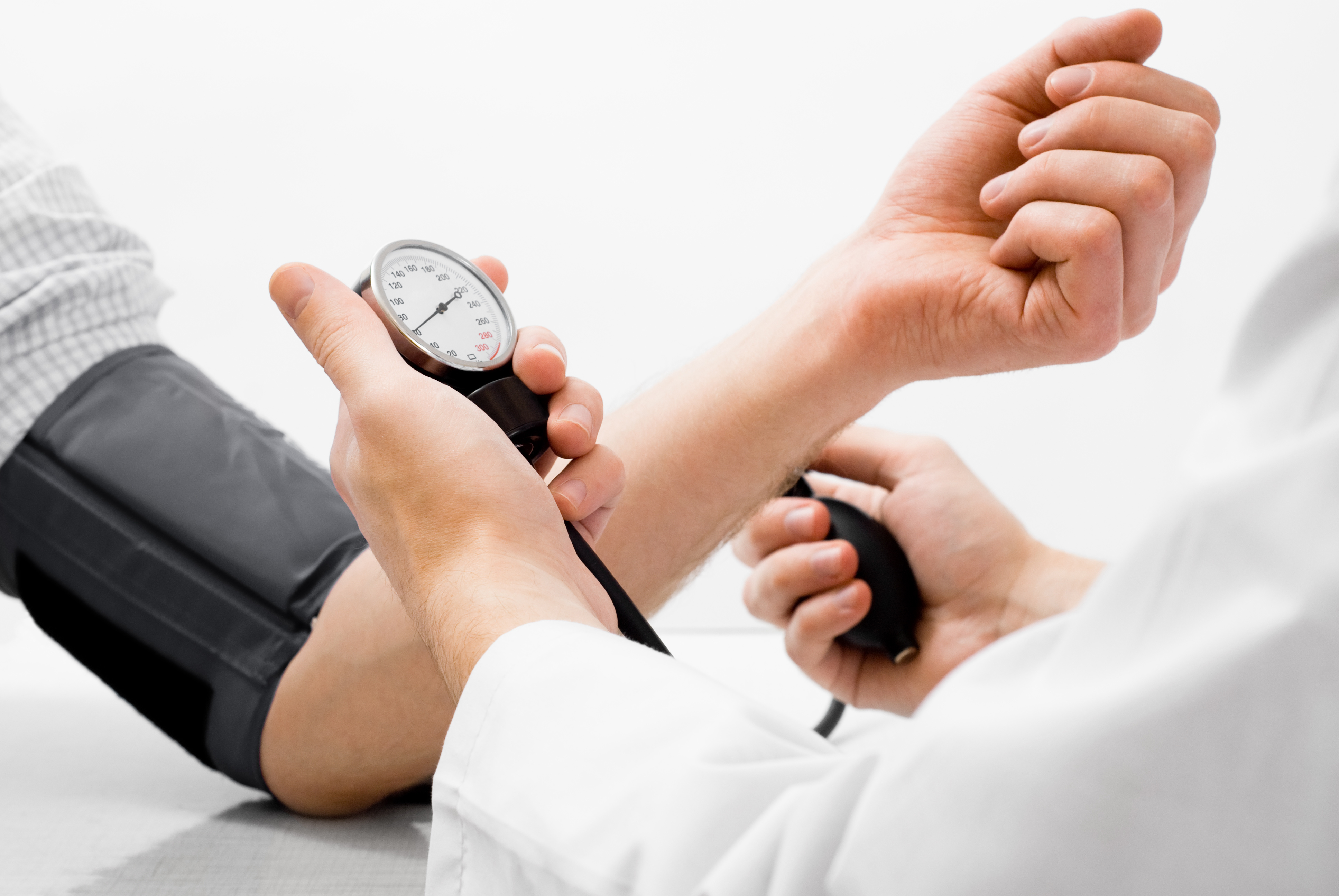 Thats because the vast majority of those with high blood pressure have no symptoms at all. According to the scientists and researchers at ISH, globally only half of those with hypertension are aware of that fact – the other half are going about their day blissfully unaware,  meaning that they don’t get the treatment required to lower their risk of cardiovascular problems and ill health.

Thats why ISH and other health campaigners are campaigning us all this May Measurement Month to “know your numbers” – ie. get a blood pressure check to see if it’s raised, and seek treatment if so.

So what counts as hypertension?

The ‘gold standard’ blood pressure measurement is usually accepted to be 120/80mm Hg but why are there two numbers and what do these numbers mean?

The highest is the systolic pressure, or the pressure in the blood vessels at its highest, which is when the heart is actively pumping. The second, lower, number is the diastolic pressure, taken between beats when the heart is still and reflects the resistance of the body’s smaller blood vessels to blood flowing through them. These numbers vary all across the day, being lowest at night when we are resting and higher when we’re active during the day, or watching a scary movie at the cinema!

Our blood pressure increases as we age as the vessels become less elastic and stretchy, so there’s more resistance. For this reason, hypertension in the older population uses different benchmarks to younger adults of what constitutes high blood pressure, usually taken as being above 140/90 for the over 65’s.

And the ‘mmHg’? That stands for ‘millimetres of mercury’, since pressure is historically measured in how high a column of mercury rises in a sealed tube. Your healthcare professional is more likely to use an automated machine than anything involving sealed tubes of mercury these days, though!

Hypertension affects over 1 in 4 adults in the UK, that’s around 12.5 million people, or 31% of men and 26% of women. These average statistics are pretty much in line with the rest of the world, as is the distinction between low and higher income areas – those in more deprived areas are 30% more likely to have hypertension. Treating the effects of hypertension costs the NHS in excess of £2 billion every year, a figure which is only going to increase as campaigns like the one ISH is running make us all more hypertension-conscious.

Well, there’s no one single thing. A number of factors are beyond our control, such as our age, but also our ethnicity – for example, it’s a strange quirk that people with a black African or Caribbean ethnic origin are more likely to have hypertension (they also respond differently to some common classes of drugs).

Your gender also has an impact on your blood pressure. Under the age of 65 years, women have, on average, a lower blood pressure than men, yet between 65 and 74 it becomes higher than the average man’s, then evens out again after 75!

Genetics play a part, too – studies with twins have shown that up to 40% of the variability in our blood pressure is dictated by genetic factors.

Then there are the more modifiable factors, the things we are in control of.

Salt intake is one factor that Public Health England (PHE) has been working to improve, but it’s still too high, at an average per adult of 8g per day against the recommended 6g.

Alcohol intake is also linked to raised blood pressure and the risk increases with the total alcohol consumption. A high intake of caffeinated drinks, especially those marketed as ‘energy’ drinks is a more recent risk factor still under research, but likely to raise blood pressure.

Low levels of physical activity lead to a higher risk of hypertension on its own, and by increasing the likelihood of obesity. Obesity is often linked to high salt and high alcohol intake and is a strong predictor of hypertension, making it 2-3 times more likely in those who are overweight or obese.

Smoking and diabetes don’t cause hypertension directly, but the way both issues cause damage to the smaller blood vessels in the body’s extremities can increase the resistance to blood flowing around the body, raising the diastolic part of the blood pressure measurement.

And our mental health contributes to hypertension in various ways – directly, with raised levels of stress hormones, and indirectly, with coping mechanisms often being linked to unhealthy food, drink and drug choices.

So, once you’ve been diagnosed as ‘hypertensive’, what next?

It’s entirely possible to have a real, significant effect on your blood pressure by modifying the lifestyle risk factors listed above – changing your diet to be lower in salt, getting active to support you in losing weight, cutting back on alcohol and looking at stress reduction where possible, as well as stopping smoking and making sure diabetes is managed well to prevent further damage.

But we all know that isn’t as easy as it sounds, so the majority of hypertension patients are also offered medication to manage their raised blood pressure. Most people can get their blood pressure down to an acceptable level using drugs, but in practice up to three may be required. These may have significant side effects.

Diuretics are used to reduce the fluid carried round the body, but they make you need the loo more often, and can cause dizziness and issues with blood sugar management.

Modern drugs which affect the body’s own feedback mechanism to manipulate blood pressure don’t work so well in the Afro-Caribbean groups as I mentioned above, but they may be called into use if other drugs aren’t effective.

It goes without saying that all these drugs will need to be taken long term, as without modifying the underlying causes hypertension cant be cured, merely managed. Even assuming patients make all the lifestyle changes they can, it’s not always possible to repair existing damage.

So could Hypnotherapy help?

The answer is yes. In several different ways!

In its most straightforward application, using hypnotherapy to simply relax would lower blood pressure in the same way as resting does.

But regular practice of hypnotherapy teaches the body to disengage from the high stress state of ‘fight or flight’ that is controlled by the sympathetic nervous system. It’s not really ‘sympathetic’ in the sense we usually use the word since it results in the release of blood pressure-raising and heart rate-increasing stress hormones like adrenaline and cortisol, as it prepares us to deal with physical threat.

This has a huge impact on blood pressure, reducing it almost immediately, and over time, down-regulates our response to the over-excitable sympathetic system.

In addition to this direct biological effect on the body, the concepts we use in our therapy rooms at Inspired to Change, of focusing on the positive aspects of daily life allows us to learn to respond more calmly to such moments of ‘stress’, and reducing its long term impact on the body considerably.

NICE, the government agency tasked with assessing the most effective and cost effective treatment for every conditions and illness accepts this complementary effect, but notes that it cannot be routinely provided under NHS funding.

Other ways in which hypnotherapy can help in lowering blood pressure include positively supporting all the lifestyle changes we looked at earlier.

Sticking to a healthy diet, being motivated to do more activity and cutting down on using tobacco and alcohol are all easier with the brain training effects of solution focused hypnotherapy.

If you would like to explore how hypnotherapy can help you manage your hypertension, or better still managing the risk factors so you don’t develop it in the first place, get in touch to book your FREE initial consultation with your local Inspired to Change hypnotherapist. Inspired to Change Hypnotherapists are based across the UK in Peterborough, Northamptonshire, Cambridgeshire, Leicestershire, Devon, Suffolk and Kent.